So today I'm reviewing a book that is not able to be digital. Just a warning there. I've also not seen it in a regular bookstore, but found it in my Half Price Books, where I am able to get ARCs and Brit Lit and more.

This book is an interactive novel. It interacts with things like phone numbers you can call, an a whole baggie of other things that "prove" the story to be real. It's called Cathy's Book: If Found Call 650-266-8233 (Cathy Vickers Trilogy #1) by Jordan Weisman and Sean Stewart, with Cathy Brigg as illustrator. (There are lots of drawings and such.)

Here's the summary from my beloved Goodreads: "Things weren’t so peachy in Cathy’s life before Victor broke up with her. Her father died unexpectedly, she’s failing school, and her best friend is mad at her. But when Cathy decides to investigate Victor’s reasons for ending their relationship, things suddenly go from bad to very, very, very bad as her findings produce more questions than answers. For instance, what does the death of Victor’s co-worker, the strange mark that appeared on Cathy’s arm, and the surreal behavior of several Chinese elders have to do with it?

Through Cathy’s unique and irresistible voice-and lots of proof in the form of letters, photographs, date book entries, telephone numbers readers can call, websites they can access, as well as secrets only a careful reader will be able to decipher-readers will enter a strange and fascinating world where things often aren’t how they appear. Two-color illustrations plus supplemental material."

Now, this is a really cool book. I love that you can follow up on all the evidence, even photos and stuff. I seriously think that more books should be this way. It certainly made me read the whole thing to find out where the evidence fits in in this mysterious, fantasy story.

The storyline is very interesting, and Cathy is a bit obsessive. I believe that to accept her character, you need to remember all the things that are out of control in her life, including her major losses, like her sucky grades and her father's death.

The only bad thing is that I had to force myself to get through this novel due to the main character, how confusing the story was for me at first, and how I was craving a different kind of novel. So I'm going to give this a 3/5. 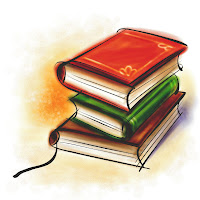 I really hope y'all try it out anyways, because you may have a whole different view on this novel.